Over the years, Rederij van Hulst has specialized in culinary canal cruises, day trips and parties on the water. The shipping company is a household name in the Green Heart region for events on water. Due to increased work, the shipping company has grown considerably. The office is located in Katwijk. As of 2017, the fleet has been replaced in phases. The older ships have made room for beautiful newbuildings. These have been designed, built and finished in-house under the watchful eye of Mr. Van Hulst Sr. Maintenance takes place behind the office at the company's own shipyard with a real dry dock.

Various expansions have completed coverage in the region and Rederij van Hulst is the only canal company in the Green Heart with sailing locations in Warmond, Leiden, Leiderdorp, Lisse, Noordwijk, Noordwijk-Binnen, Sassenheim and Katwijk aan Zee." 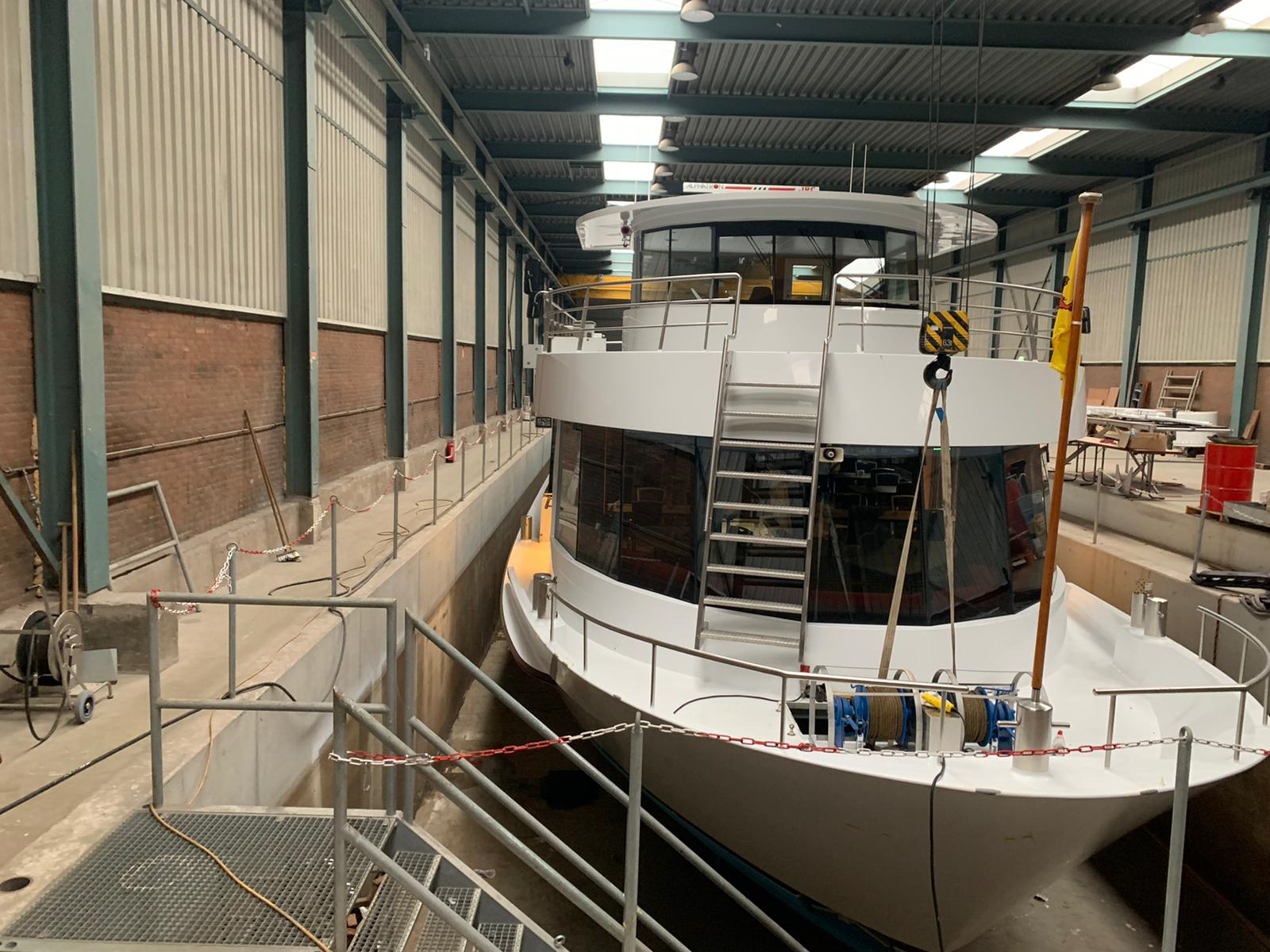 The cruises through the port area are conducted with the River Dream. She is the twin sister of Rederij van Hulst's MPS River Queen. The River Dream manages to impress everyone with her prestigious appearance. The large glass windows and the 360-degree panorama window in the front ship give a fantastic view. In fine weather, you can also enjoy it from the panorama deck. From there you have unlimited views of the Harbour. This ultramodern silent ship is used, in addition to the regular round trips, as a party ship and location for (business) meetings.

Amsterdam Boat Cruises also has a division for luxury tours. This market is served with the all-electric luxury saloon boat "Stan Huygens," the former ship of Freddy Heineken. A striking and unparalleled appearance on the water. That is the Stan Huygens! Step aboard and imagine yourself in a world of luxury. The ship is ideal for small (business) meetings.

We will be happy to explain the gangway for you. On behalf of the Team of Amsterdam Boat Cruises, we wish you a warm welcome aboard!