The ship is ready for you in Amsterdam north, at the jetty of the former historic NDSM wharf. The lines are released and after departure we are directly on the IJ, where we set course for Zaandam between the cargo ships and perhaps a passing cruise ship. We sail through the port area of Amsterdam, the second largest port in the Netherlands.
The cruise to the Zaanse Schans takes approximately 2 hours.

In good weather you can enjoy the panoramic deck of the ship, where you have an unobstructed view of the largest cocoa and petrol port in the world, Port of Amsterdam, in other words; the port of Amsterdam, and later you have a beautiful view over the Zaan and the Zaanse Schans. In bad weather you have the comfort of the luxurious interior of the ship, where the catering is also located.

After the fence in the Wilhelminasluis we sail up the Zaan. From 1800 this was the center of the ‘food industry’. Cocoa imports in particular through the port of Amsterdam led to the growth and prosperity of initially small companies such as Blooker and Van Houten cocoa. But big names such as Verkade, Lassie, Droste, Duyvis and Bruynzeel also have their roots here. The cruise on the Zaan through the world’s oldest industrial area offers views of old warehouses and historic factories.

We moor at the Zaanse Schans. Here you have 2 hours to walk around and explore the village. Not many people know that the Zaanse Schans is a living-working area in the year 1850, which is freely accessible to visit. It has been around since 1961. Here you will find the first grocery store of Mr. Albert Heijn. His later supermarket group that grew into Ahold still has its headquarters in Zaanstad. Furthermore, the local mills are famous. You can see a few and buy their products: spices and mustard.

After we went through the Wilhelminasluis we arrive at Zijkanaal ‘G’ and soon we are on the IJ. Here we sail between ocean shipping to and from the North Sea. Finally, we moor in Amsterdam north at the jetty of the former historic NDSM wharf. With the free NDSM ferry next to our mooring location you are on the other side of ‘t IJ near Amsterdam central in 20 minutes. In one day you have experienced our beautiful Dutch cultural heritage in the Zaanstreek by boat and on foot – a fantastic experience! 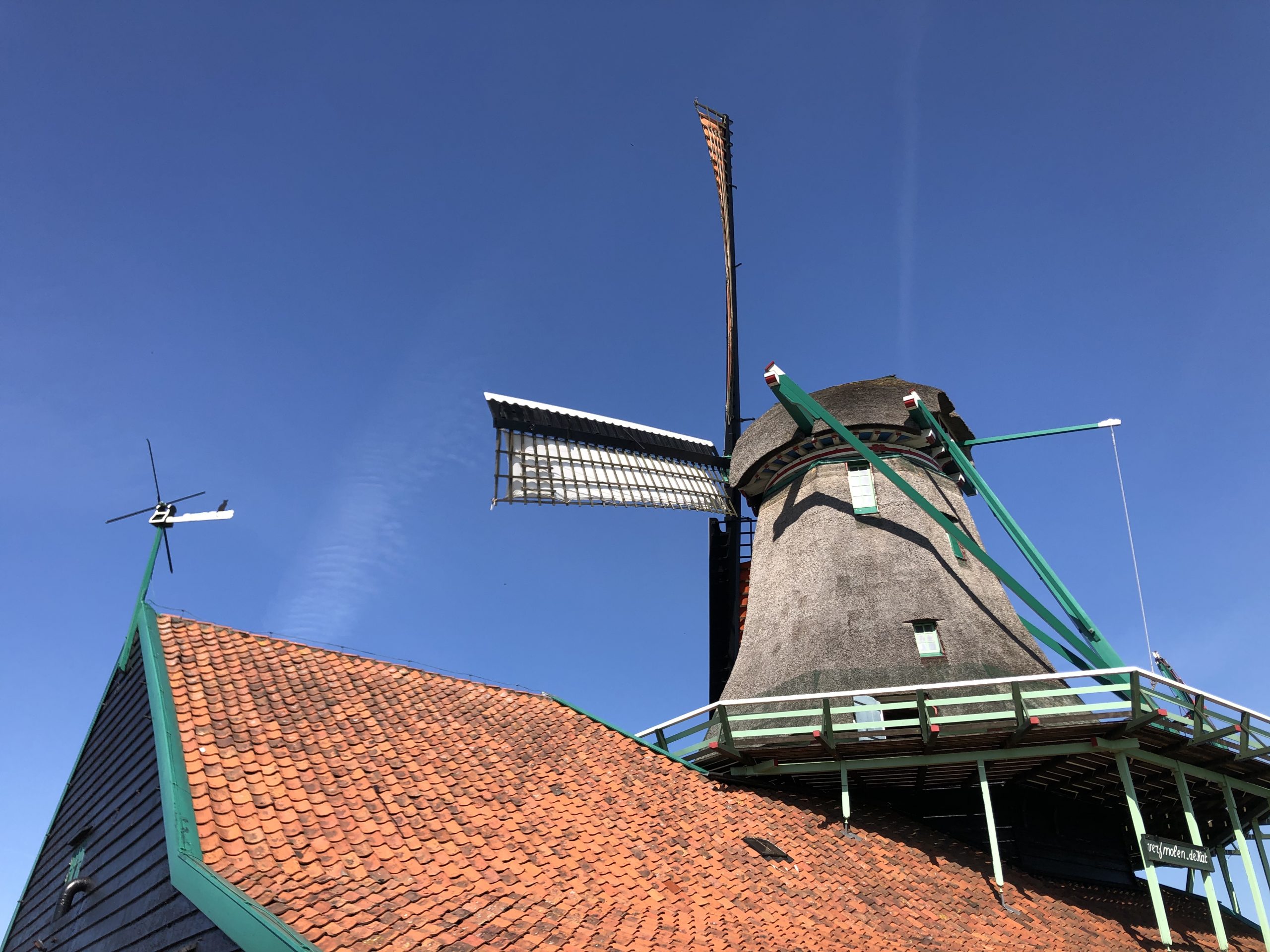